W.N. Herbert writes: “Lindsay MacGregor’s landscapes both precede and extend the notion of Scottishness: on the one hand into the archaeo- and geological, and on the other into the post-human. These are poems which not only conjecture that ‘The dead carry the day between two still lochs’, but investigate how. They are layered, subtle, and subversive, full of inquiring birdlife (whaups, cormorants, wrens, craws, dippers, snipe, and – why not? – penguins), herbs with an agenda (often types of bane), enigmatic moths, and melodic but unsettled outsiders, who might just be the place’s most honest inhabitants. Figures like MacDiarmid and Joan Eardley are seen altogether slant, parenthood and childhood carefully consider and sometimes swop roles, the overlooked and under-considered are given voices that they may be heard – although with only the justice of her very fine ear by way of recompense. Phrases, rhymes, place names, are turned and tumbled till shiny and shaken loose from our over-familiarity. The lullaby leaves us wide awake, as does the warning: ‘Don’t tamper with the harebells’ – or the hare. The numinous, too often reached for as a signal of authenticity, Celtic or otherwise, must wait its turn amid the ruins and the VR, grief will be heard before grievance in marvellously constructed and (where MacGregor plays with variation) reconstructed verse, by turns playful, melancholy, and furious. Yes, the fishwives are desperate, but, unlike those who hold them in such disregard, and like this remarkable and engrossing collection, they have an exact knowledge of their own worth. You might find this book handy yourself in weighing up things when you need to – not in general, but in precise, startling detail.”

Anna Crowe: “For Lindsay MacGregor, language is landscape, and in these beautifully observed encounters with the natural world, she restores to us a past we thought lost. Her poems have the music and rhythmic energy of waves, and display an extraordinary breadth of knowledge, whether of Scottish history, paleontology, bird behaviour, art, or the word hoard. All kinds of language are taken out, shaken up, and arrive fresh and sparkling: ironic, humorous, formally daring, her poems awaken, scald and entrance, but are always deeply serious: she commands us to ‘search / for the meaning of loss in the lichen, soft shifts / in the ptarmigan’s compass, the angle of cavities.’ MacGregor uses all the tools language affords, and more, to let us feel the paradigm shift in these seemingly small events.”

Praise for Lindsay Macgregor’s “The Weepers”:

“So much could be said about this stunningly good debut pamphlet that it’s hard to choose one point of interest. But I’m going to pick up on rhythm, because I love the way these poems change their pace and movement, and the energy that’s released in the process. They dance: sure-footed, beautiful and elegantly varied … Something most unusual is going on here. Whatever it is, it is elliptical and well-turned, secretive and spell-binding, and the turn of phrase and verbal cadence is riveting.” – Helena Nelson, Sphinx Review

More than Virgil, Shreffler sings of arms and the man – arms that multiply our wildest dreams and set them loose; murder in the age of mechanical reproduction. This satire is a powerful reminder that the twentieth century isn’t done with us yet.

… Each CV follows the same pattern, over seven or eight well spaced pages; name, date of birth, address, date of document, weather, and then a series of increasingly eccentric or surreal categories, capturing Violette’s journeys (through lists of station names with fleeting impressions), the terrain in which she has found herself, an old story that touches on her situation, a shopping list, a prayer, an assessment of her performance, a food diary, a list of possessions carried with her.

In a sense, this is a simple technique; but it is hard to overstate the impact of a format that combines such a detailed, sensitive and loving poetic evocation of a life with such an inexorable documentation of the loss of that life, through Violette’s marriage in 1940 to Free French soldier Etienne Szabo, the birth of their daughter in 1942, his death in action in North Africa later that year, her recruitment to the Special Operations Executive and training in Scotland, her brief but heroic service in France in the summer of 1944, and her eventual capture, interrogation, imprisonment and death, executed with a single shot at Ravensbruck in February 1945. – Joyce McMillan, The Scotsman, 13 February 2021

Curriculum Violette is poet and biographer Robert
Crawford’s commemoration of Violette Szabo (1921–45),
the remarkable French-born British agent who fought
alongside members of the Resistance in wartime France
and who died at Ravensbrück concentration camp.
Published to mark the centenary of her birth, Curriculum
Violette uses familiar forms — most obviously that of the CV — to
present Violette Szabo’s multifaceted life in England,
France, Scotland, and Germany. Pithily and arrestingly, it
sums up a person whose insistent humanity shines through
the timetabled, mechanical systems of military and civilian
life, and even through the bureaucracy of death.
¶

In parallel text, the first English language publication of one of the most moving and original Russian poems of recent years, by a winner of the Andrei Bely prize for poetry and the Premio Letterario Internazionale Ceppo Pistoia. Zavyalov’s work has been widely translated into other European languages.

A poet of St Petersburg returns to the Siege of Leningrad, where the fabric of a city seems to hold by a few worn threads, the voices of those who did or did not survive one of the defining events of the Second World War, which appears at times as a hunger-induced hallucination.

“Petrushka” by Peter McCarey is one of the strangest and best books of 2017. The proceedings of a genuine conference on a fictitious disease: part satire, part science fiction, and an alternately chilling and fascinating insight into epidemic preparedness.” – London Review Bookshop, Autumn Picks, 2021.

“The question is can we discriminate against someone who has only some of the attributes of a human? Under the law, given the impact, this is possible. They can be put in a separate place, and kept from disturbing others. The more difficult issue emerges when the plant becomes a threat.”

“I am guessing also that the transitional toy is an envoy of silence, something that accompanies the child on the way from infancy to speech, and that will never spill the beans.”

“Suddenly, the thud of horses’ hooves behind her made Beth turn, sharply. Four horses were galloping towards her, ridden by Guy, Hugh and their parents. The dogs ran at their side. Beth stood transfixed. She had never seen Guy riding a horse before.  He looked out of place, to her, sitting upright in a saddle. He was wearing his hunting pink jacket and there was a livid patch of red on each of his cheeks, from the exertion of the ride, she supposed.  As she gazed, in disbelief, at the riders, Hugh raised a hunting horn to his lips and blew it. Guy’s mother pointed her riding crop at Holly and said, clearly, “The blonde one.””

Beth and Holly Chandler are two sisters who couldn’t be more different. Beth quiet, reflective. Holly forthright, outgoing, utterly unconventional. Or are they so different? As they travel together on a journey further and further away from the city they reflect on the shared childhood secrets that keep them close. And new secrets begin to reveal themselves— secrets which will come to change their lives forever.

This is a story which gently and then powerfully unfolds complex layers of affection and ultimately love. 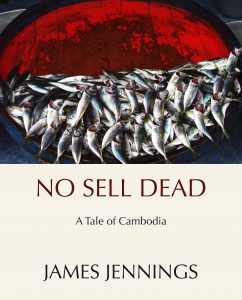 “NO SELL DEAD is a fantastic read. With economical prose, a keen eye for detail, a measured rendition of the events before, during, and after the Pol Pot regime, and with an uncannily nuanced appreciation of Khmer culture, James Jennings serves up an engrossing novel that should especially delight anyone who has been involved in or acquainted with the international(ized) criminal tribunals and courts, and most notably, the Extraordinary Chambers in the Courts of Cambodia.(ECCC).”

As the Khmer Rouge atrocities cast their long shadow over a Cambodian family, a well-meaning observer is drawn into a tragedy he is fatally
ill-equipped to understand.

Two essays on poetry and other arts: 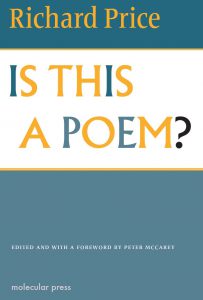 “Enjoying this splendid collection of essays by @InfoPrice; marvellous insights into poetry and poets.” — Ian McMillan

“Richard Price’s book of essays Is This a Poem? collects a range of writings by one of our finest poets. It opens with a perceptive consideration of lyric poetry itself before moving out to reflect on a range of writers and artists as diverse as Guillaume Apollinaire, David Bomberg, Edward Thomas, Ford Madox Ford, Edwin Morgan and Margaret Tait. At its heart, though, are studies of the little magazines and small presses that are the lifeblood of a literary culture. As a significant editor himself, Price knows how to get under the skin of these infrastructures and he writes with generosity of the friendships and ambitions that animated them.” — David Kinloch, Scottish Review of Books

Richard Price is a poet whose work moves between the
personal lyric, where love, family, and the lives of children
feature strongly, and a more conceptual approach, where
memory and society are addressed with a music in turn lush
and restrained. Shortlisted for the Whitbread Poetry Prize,
winner of the Scottish Poetry Book of the Year, he is Head of
Contemporary British Collections at the British Library. 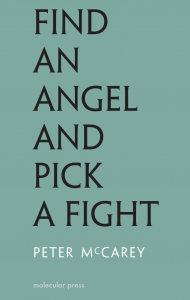 “The murderous Belgian Congo is only one of Walter Scott’s ‘wide and deep rivers’ in McCarey’s rich, mind-expanding book … Steal this book! Better still, buy and scribble. Alps of logic and metaphysics lie there to be scaled – the philosophies of Alasdair MacIntyre, George Davie and John Anderson aren’t for the uninstructed – but also great subversions (a ‘People of the Opium’ feature threatening Holyrood for a start). Re-reading is compulsory.”                                             – Christopher Harvie, The Scottish Review

“Does this book achieve all this? Well, certainly enough to keep me hooked after two careful readings…” – Alexander Hutchison, PN Review

And neither last nor least:

First published in 1934 (Leipzig and Vienna) and quickly banned by the Nazis, the memoirs of Clemens von Walzel paint a rosy picture of life as a senior spook in the Austro-Hungarian Empire. The author claims credit for the idea of bundling Lenin onto a train back to Russia. Translated by Desmond Avery.