“Petrushka” by Peter McCarey is one of the strangest and best books of 2017. The proceedings of a genuine conference on a fictitious disease: part satire, part science fiction, and an alternately chilling and fascinating insight into epidemic preparedness.” – London Review Bookshop, Autumn Picks, 2021.

A plant-finding mission to New York City took in the Center for Experimental Humanities of NYU, the Printed Matter artists’ book store, and the Metropolitan Museum of Modern Art.

At the Met, a fairly thorough search for human-plant transformations in non-Ovidian cultures found only one example – though it was big: 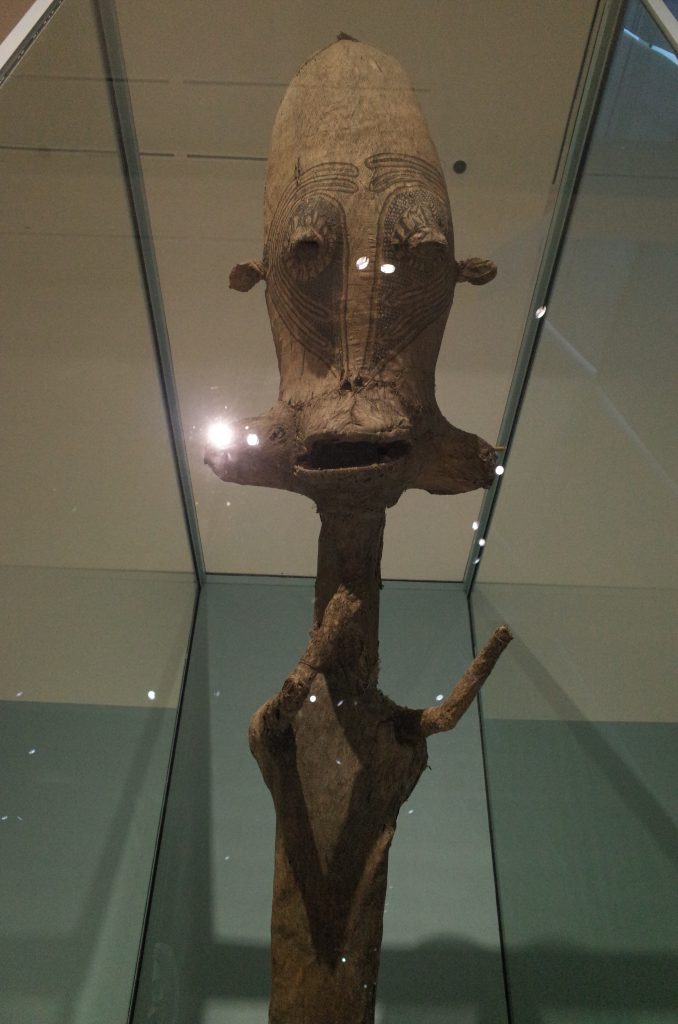 “Carried atop the heads of dancers, the colossal hareiga … reached up to fifty feet (15 meters) in height … the tree-like bodies and tuber-shaped heads of hareiga suggest that they combine features of humans and crop plants, perhaps symbolizing the connection between the ancestors and a bountiful harvest”.

Prof. Sukhdev Sandhu of the Center for Experimental Humanities, NYU, organized a lunch-time seminar on Petrushka. Here he is with Caterina Borelli’s images in the background: 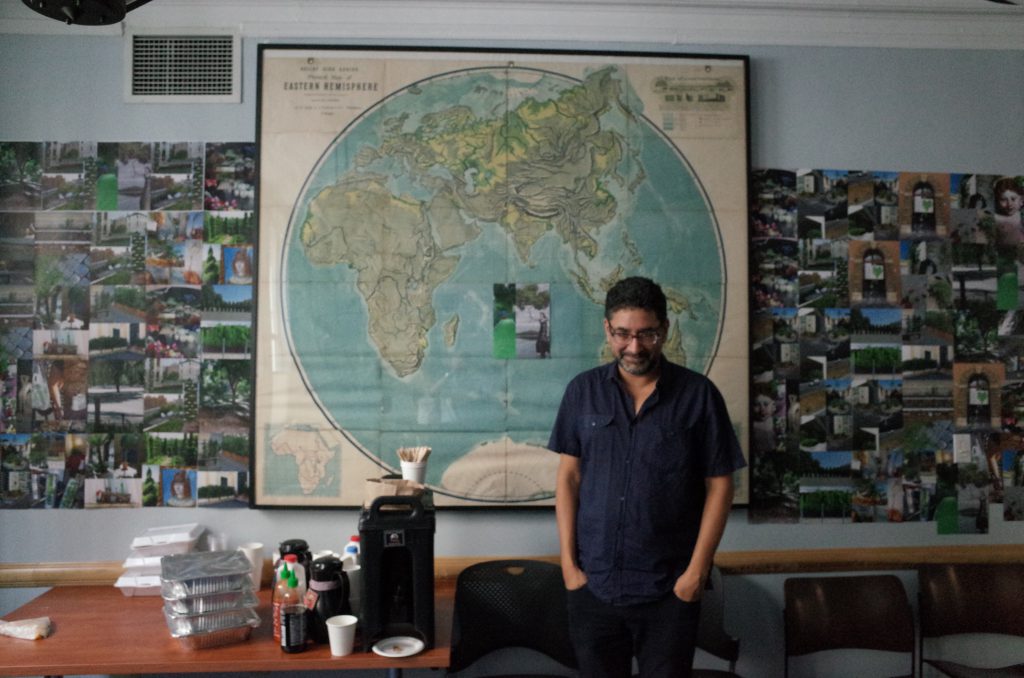 It was attended by students, staff, innocent bystanders and a few undocumented autotrophs. The more cautious participants kept to corners of the room. 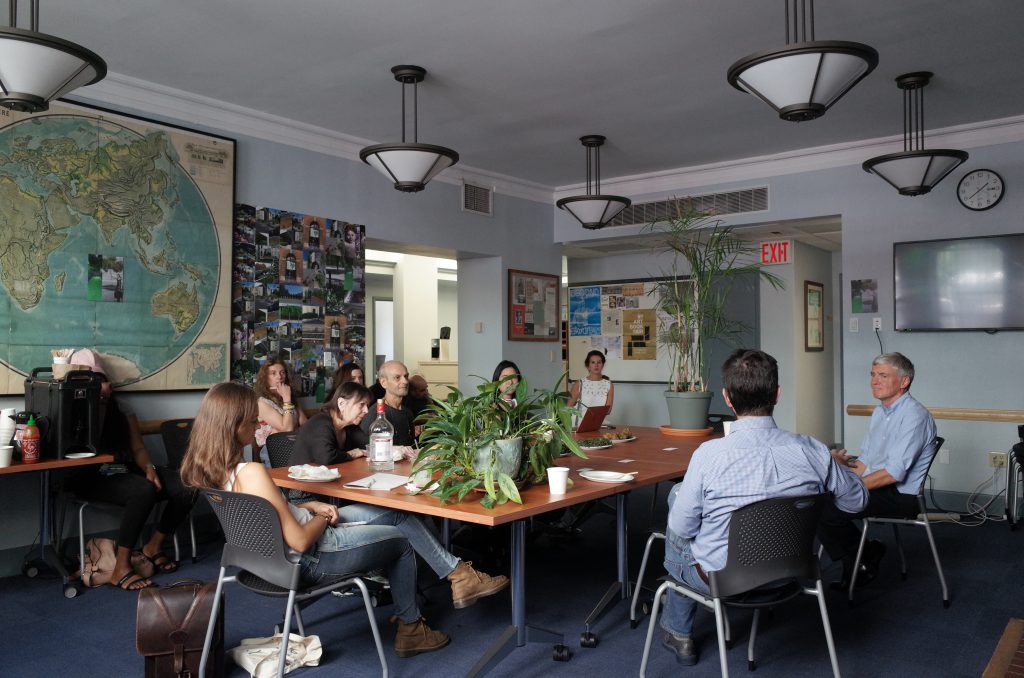 That same evening there was a launch at Printed Matter, for which five of the original conference members converged on the venue: Chuck Peters, Elysa Hammond, Stephen Rapp, Mariarosaria Cardines and Peter McCarey. 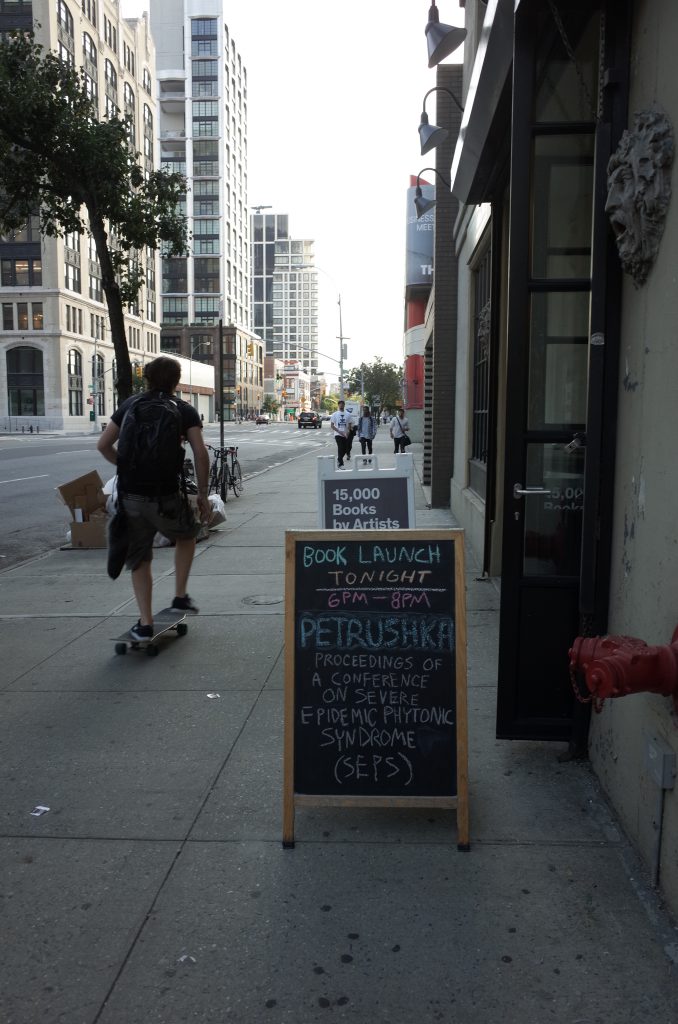 A few minutes before the reading started the bookstore emptied out; even the staff disappeared. Fear of infection is a terrible thing. We read to an old gent who believed the pandemic was real and who was perhaps too terrified to move. We left him there and went off for a burger. 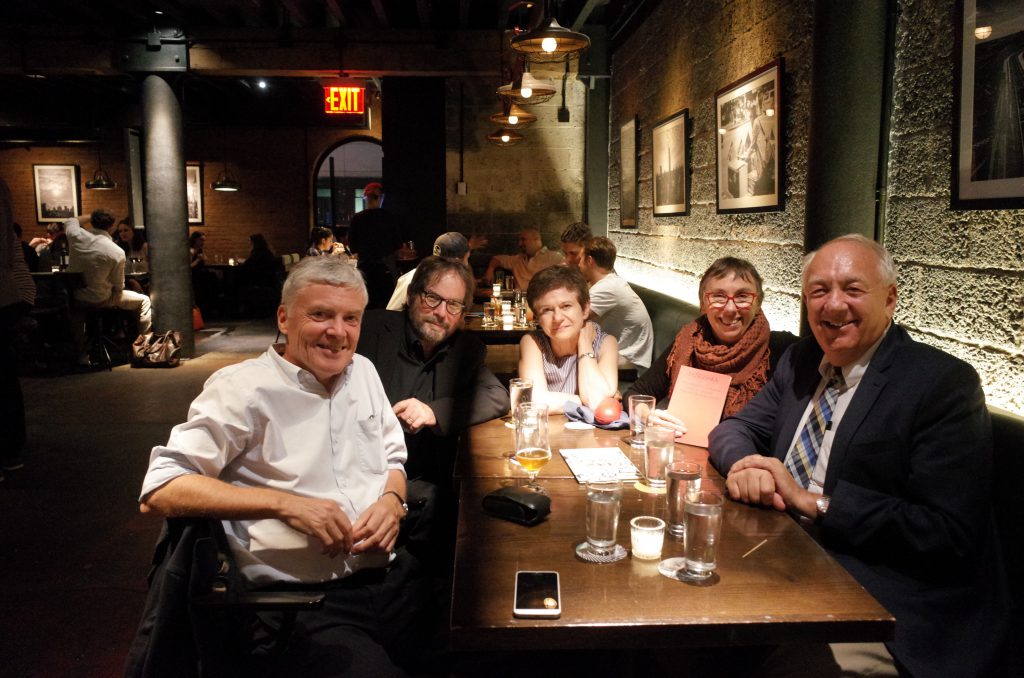 Chuck Peters, at the microphone, had said that half the topsoil on the planet had been lost in the last 150 years. He looked up and said “I didn’t notice any reaction to that”. Me, I had stopped breathing. Just as you think that Petrushka is only a story, you realize we really are in trouble. 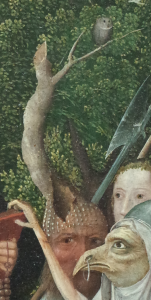 “Within 24 hours of his emergence from general anaesthetic two further, deadly consequences were observed, each engendering further complications: several new seedlings broke through the skin at various parts of the patient’s body. Whereas they were successfully removed, it became apparent that the non-invasive examinations (X-ray, MRI and ultrasound) caused pain and discomfort. There was also the suspicion, never thereafter dispelled, that those examinations boosted the growth of the vegetation. The second consequence was contraction by both surgeons, by the scrub nurses and by two ward nurses, of similar complaints; similar because they entailed phytonotic attacks, though by different species of plant.

“In all cases it proved possible to uproot each plant as it was detected, and while it was technically possible to keep each new patient under observation with a view to further surgical treatment, in no case was full remission achieved in that first phase, and the hospital quickly found its medical and logistic resources exhausted. This situation was soon replicated at treatment centres throughout Bangkok. Bangkok is, of course, one of the busiest airport hubs in south-east Asia, with direct flights to every major airport on Earth.”(Illustration: detail from triptych on the penitence of St Jerome by Joachim Patinir, seen at the Metropolitan Museum, New York)

At a memorial event for the poet Alexander Hutchison at StAnza this year, some rare copies of his books were given away. One contained this: 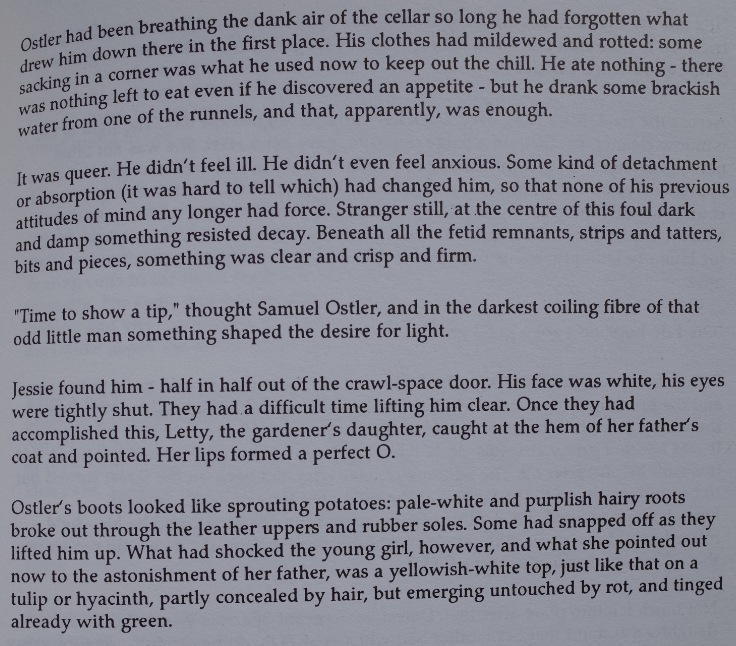 This is a classic description of phytonotic syndrome, decades before the conference was convened.

Another instance, with a non-fatal outcome, featured in the British Daily Mail: 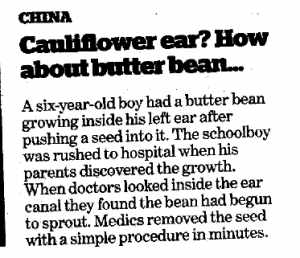 In view of the Hutchison text above we cannot confidently date any event to “before the pandemic”. Nevertheless, this series of images by Caterina Borelli, presented to the conference at Cape Cod, portrays the conflicted relations between humans and autotrophs before SEPS took hold (item 1 of the agenda). 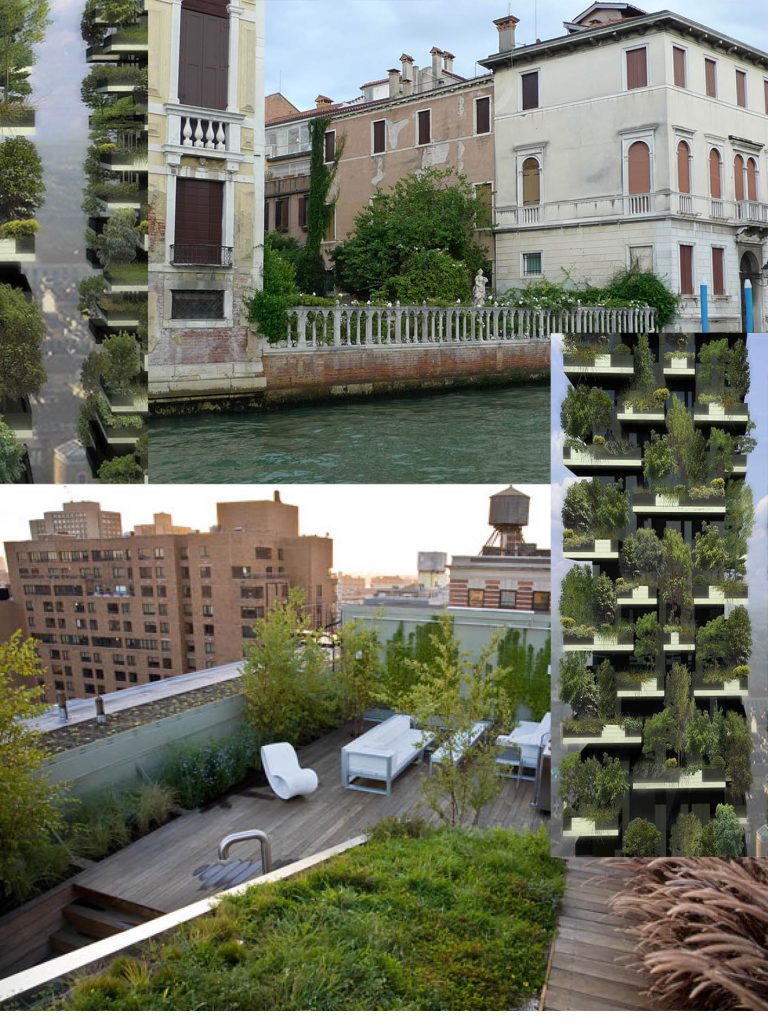 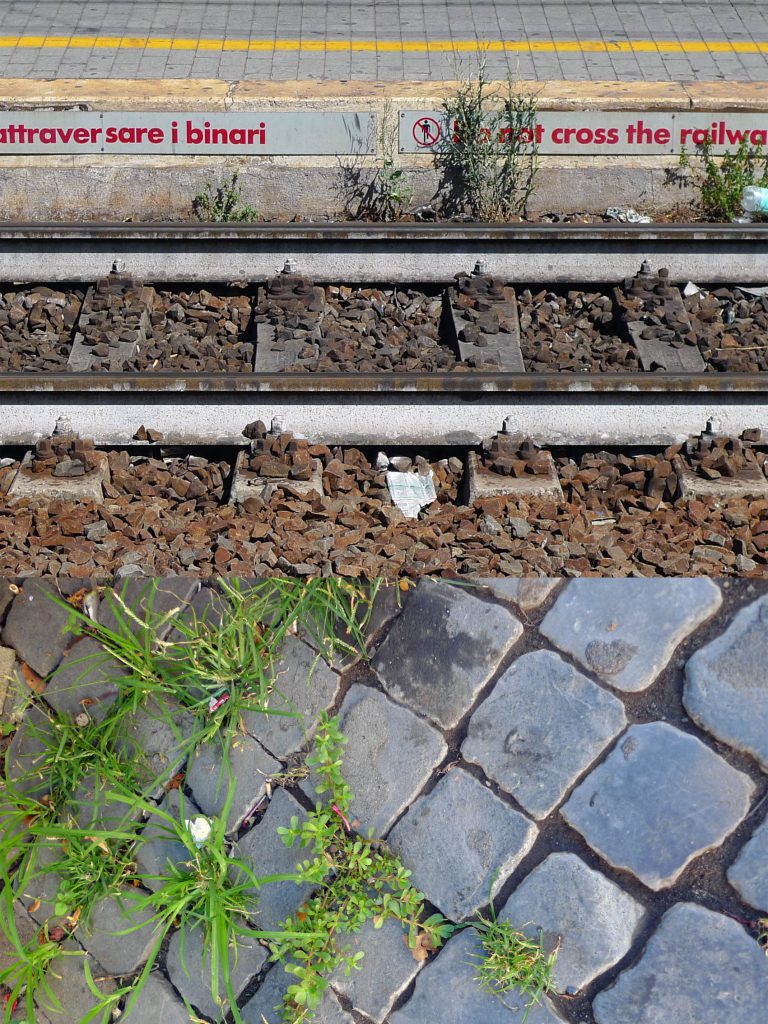 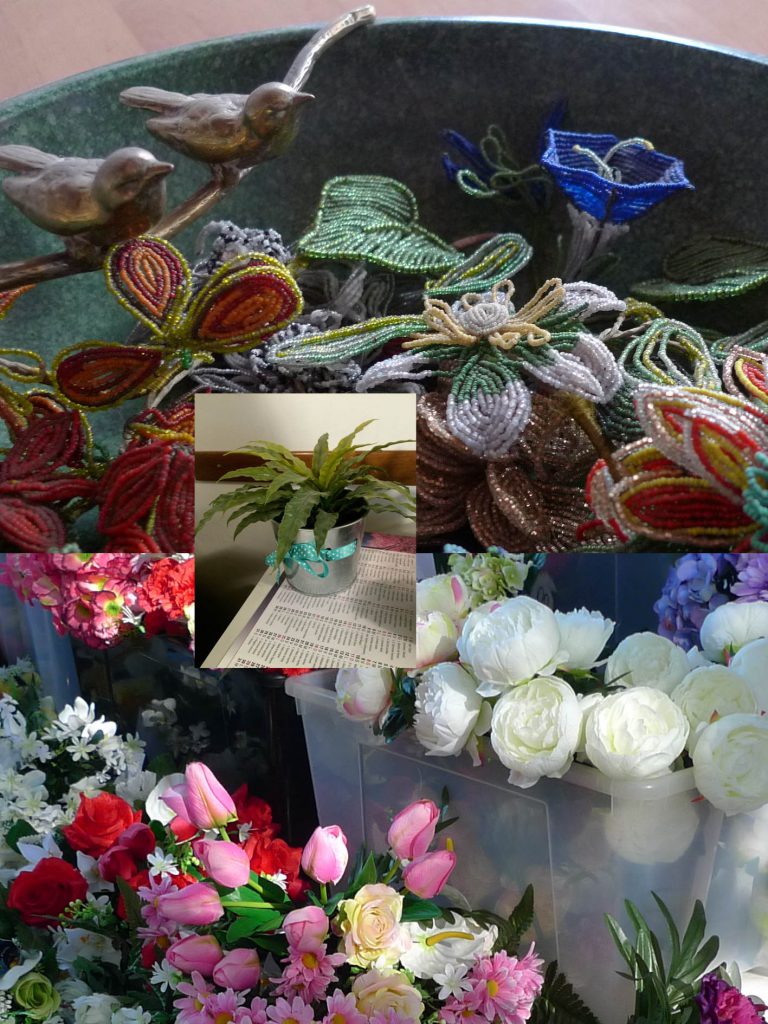 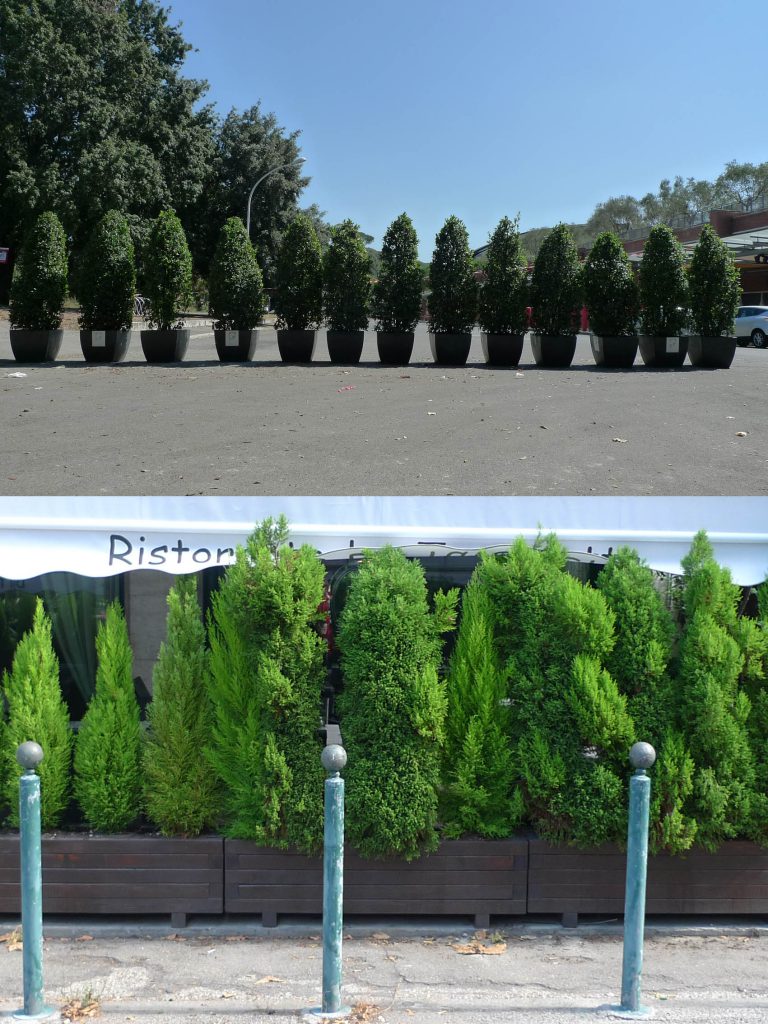 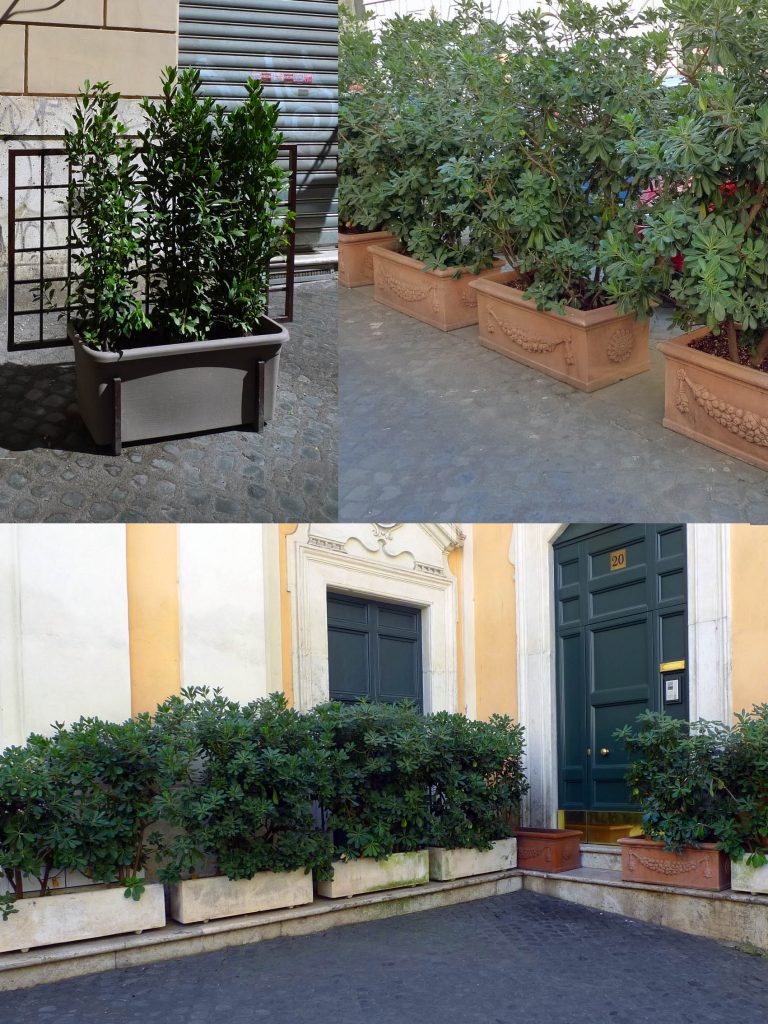 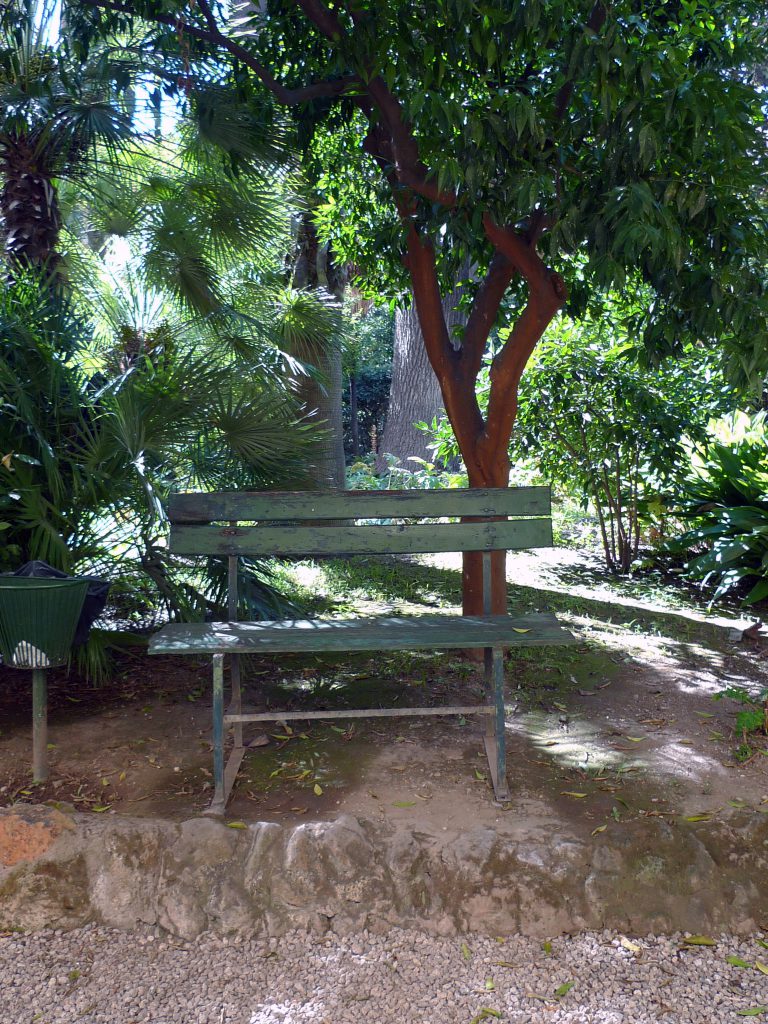 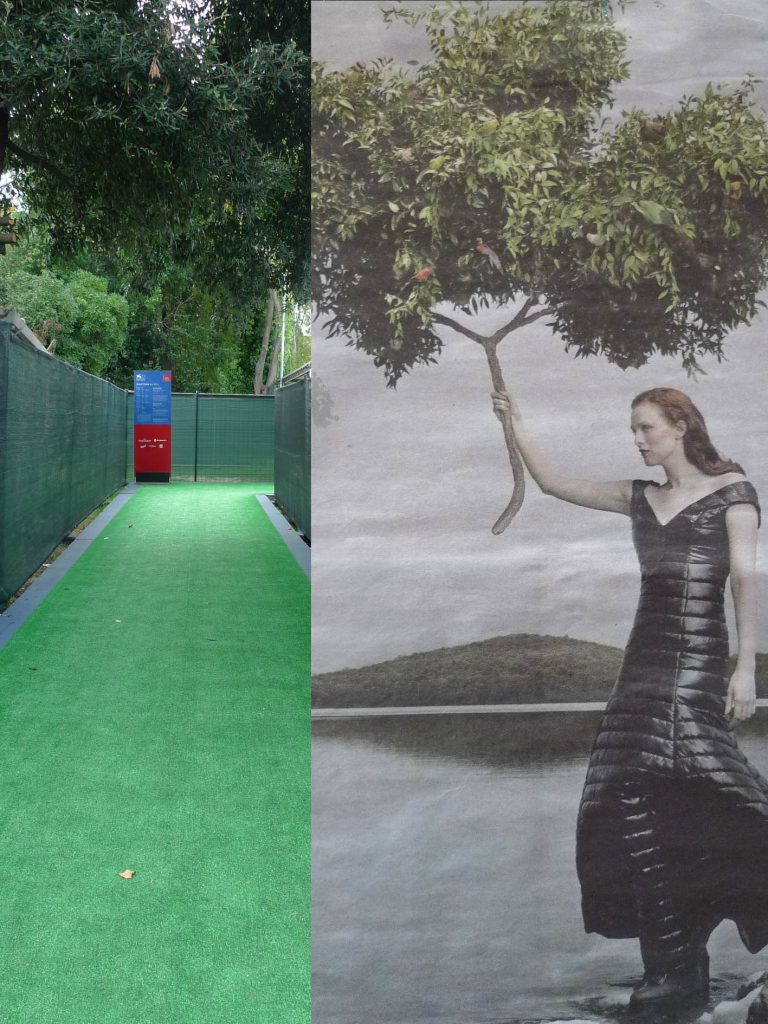 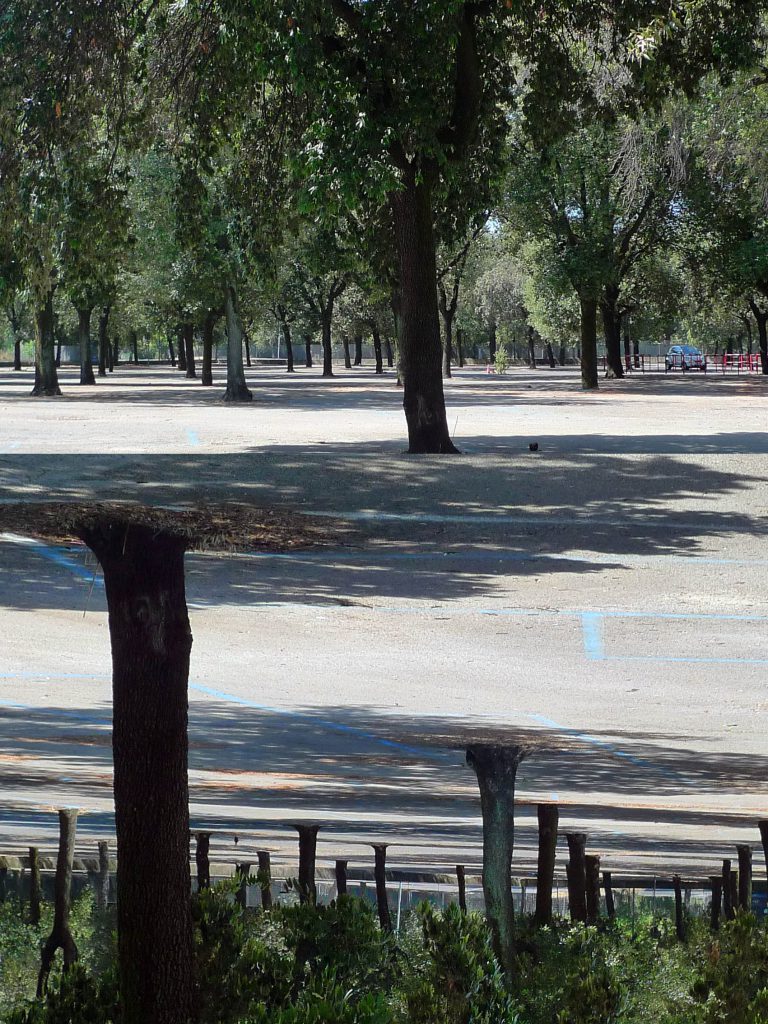 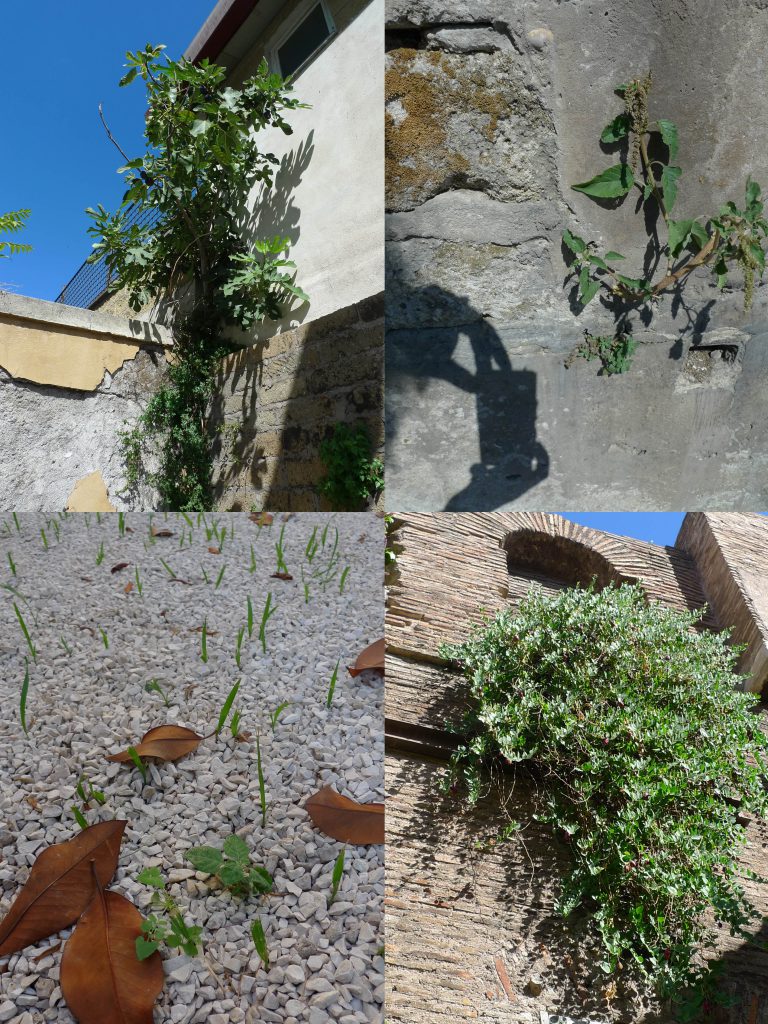 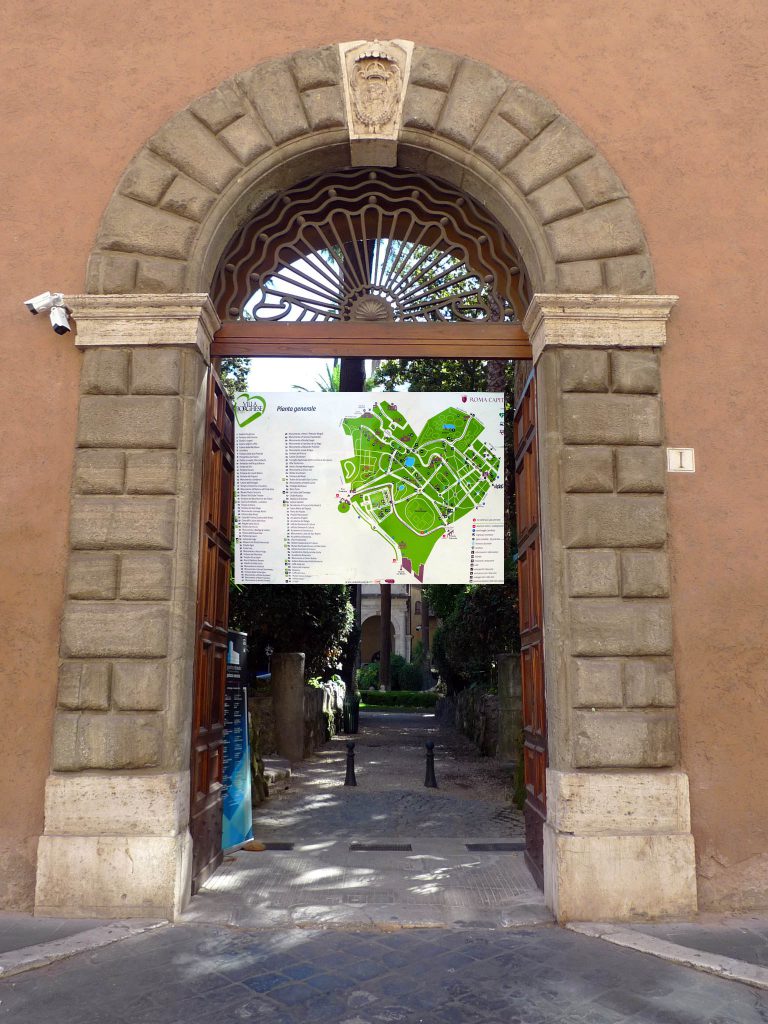 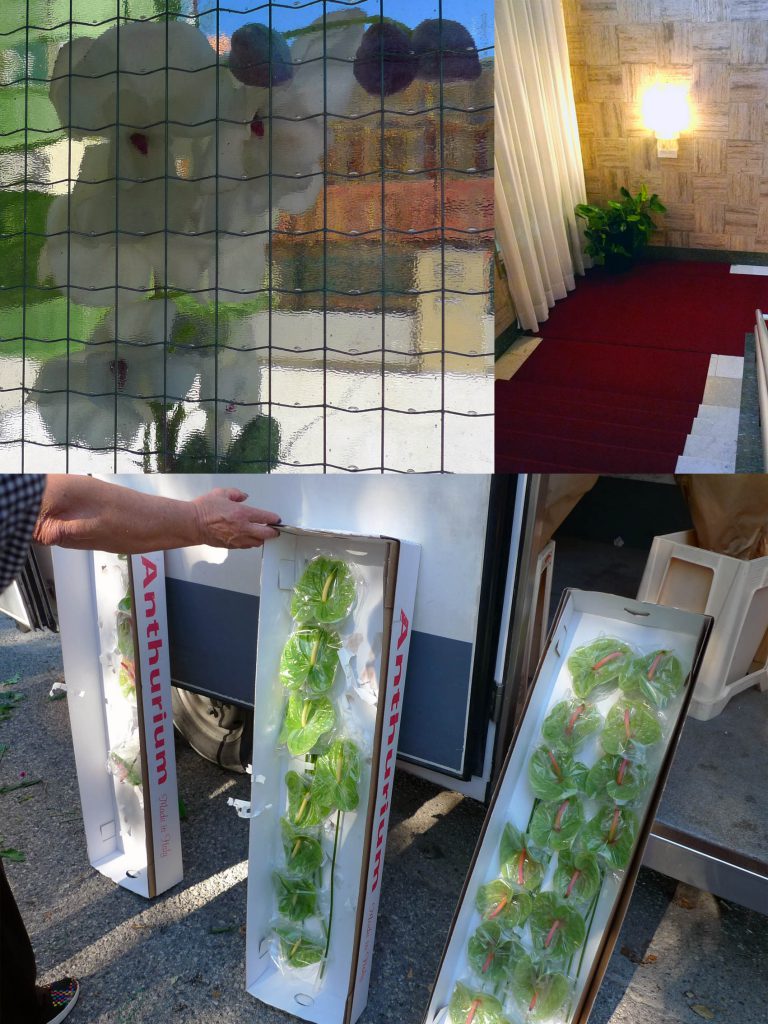 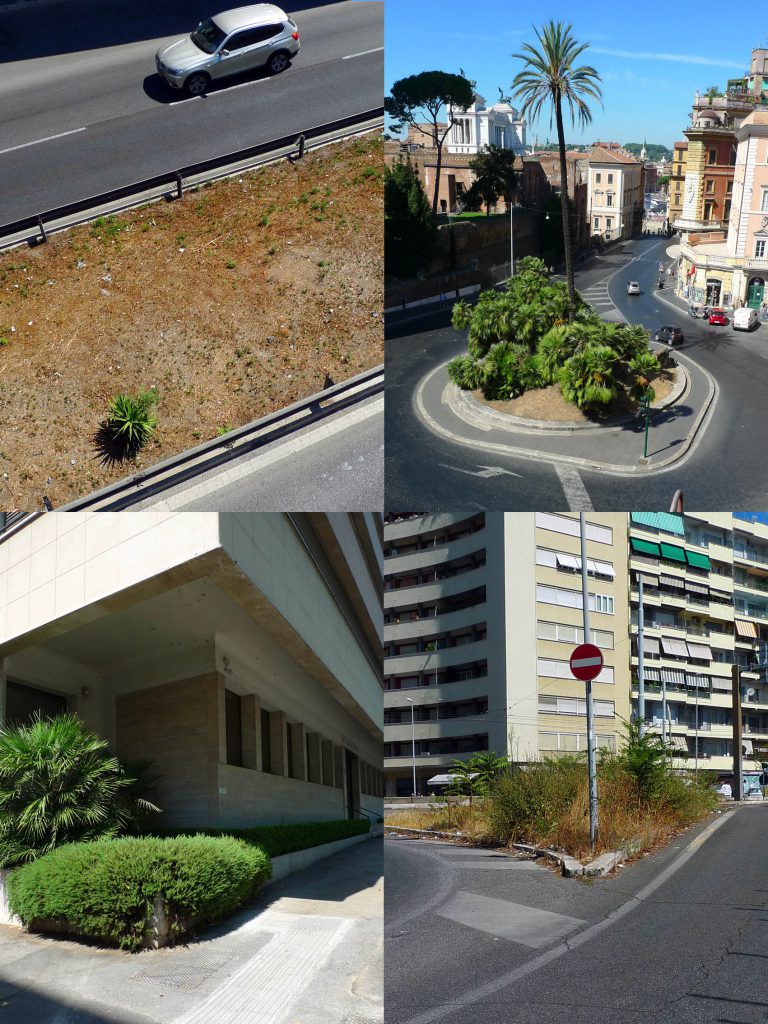 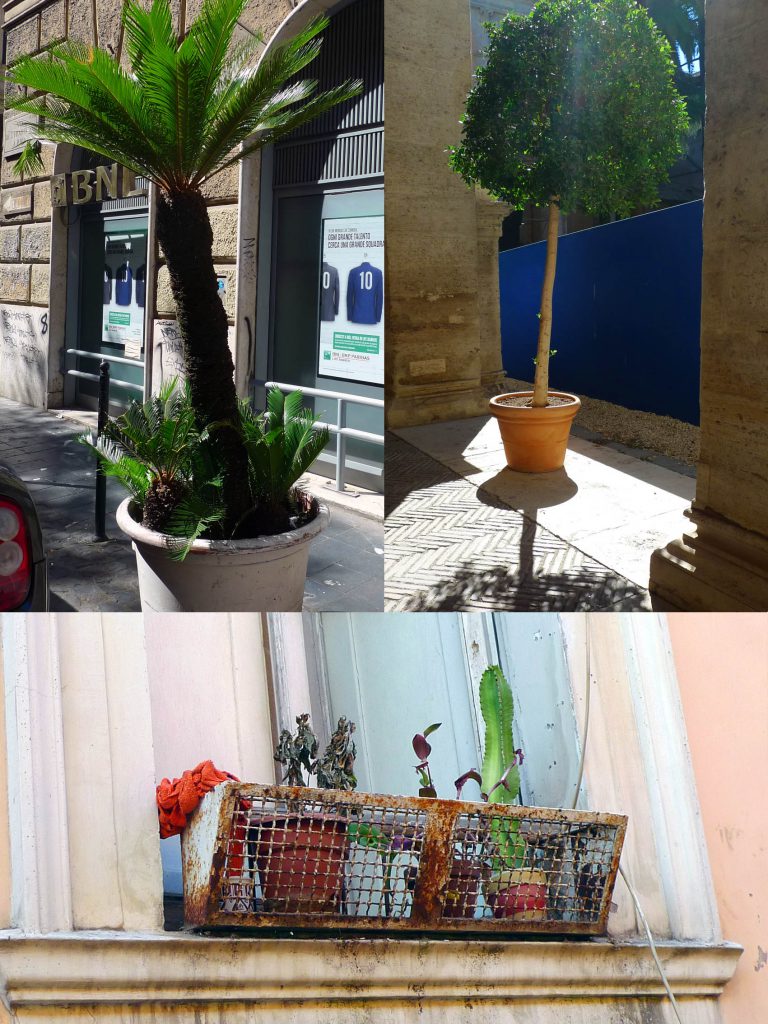 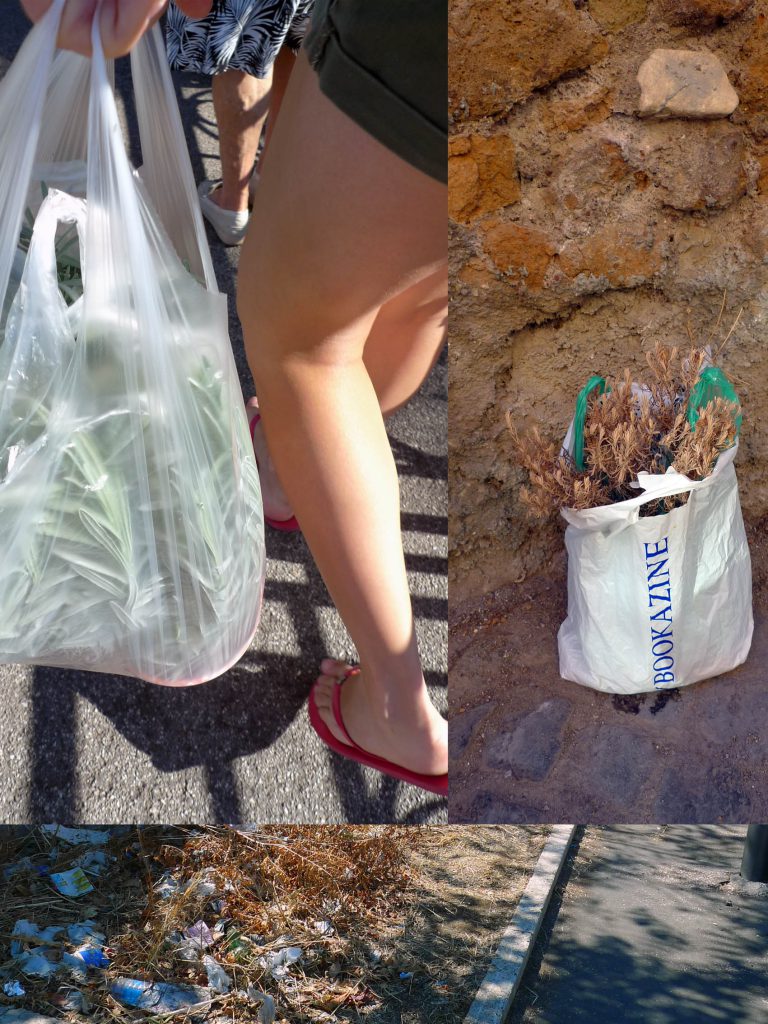 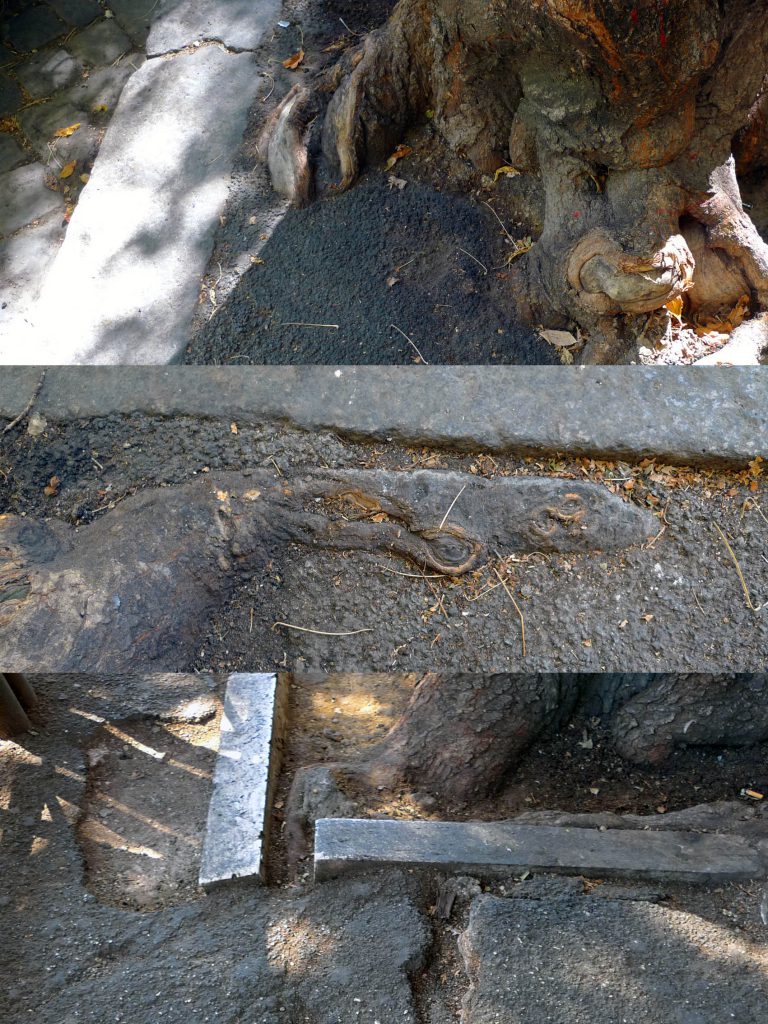 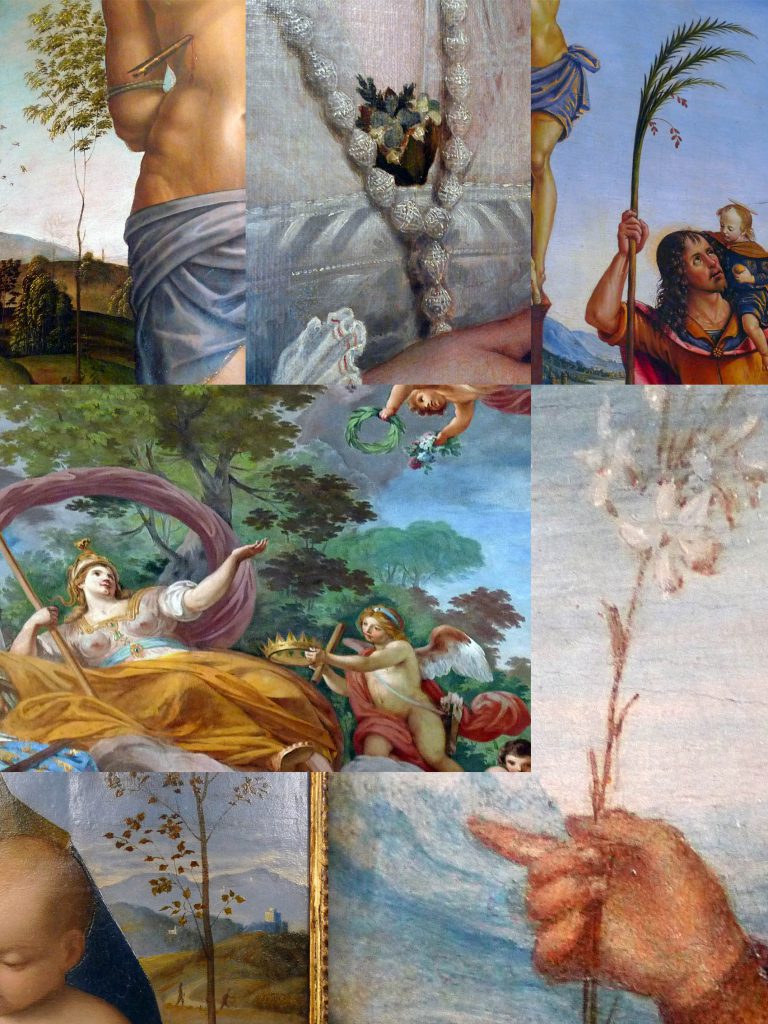